BACK TO the previous STEP

WHAT IS BITCOIN CASH?

Bitcoin Cash is the most prominent hard fork deviation from the original Bitcoin cryptocurrency programmed to amend what was considered by some as one of Bitcoin’s most major flaws.
As Bitcoin became more popular, so did the rate of transfer numbers, putting excess pressure on the blockchain and slowing transactions.

Bitcoin was capable of around seven transactions per second, which is slow compared to the capabilities of most cryptocurrencies and even regular credit card companies.
This process of adding a block takes around 10 minutes to complete on average, much longer than most cryptocurrencies, but its users must wait longer if there is high demand and queues for transactions to be verified.
This is largely due to the immense amount of computer processing power it takes for miners to solve the complex algorithms required for verification.
This issue presented problems for Bitcoin’s ambitions of becoming the world’s largest and most popular payment methods.

The way programmers suggested to amend the issue of Bitcoin’s relatively poor performance in transaction speed compared to newer updates was to address the original architecture of Bitcoin’s blocks, which allows only 1MB of data before being added to the chain.
Bitcoin’s miners can only fill each block with just under 3000 transactions, usually over the course of around 10 minutes, before the block is filled with enough data to be completed.
The around 10-minute wait can be curtailed if the amount of transactions able to be stored on a block is adequate.

HOW IS BITCOIN CASH DIFFERENT TO BITCOIN?

An early investor in Bitcoin named Roger Ver teamed up with Chinese-owned and operated mining operator Bitmain to campaign for a change in Bitcoin protocol to allow for much larger 8MB blocks.
Ver and Bitmain believed the change in code would allow the cryptocurrency to evolve to still operate as a P2P payment system while growing to be capable of servicing its fast-growing user base.
The push not only led to the programming of Bitcoin’s first hard fork cryptocurrency in the birth of Bitcoin Cash, but it also inspired some of the industry’s most innovative periods of change.

Those against the protocol change, known as ‘small blockers’ widely accepted there was an issue with Bitcoin’s scaling and transaction wait time, and that action was required to make the cryptocurrency viable for its intended use going forward.
But they were against changing the size of the blocks, worried larger blocks would see the network lag behind the arrival of new transactions, throwing doubt into the current state of the blockchain.
The small blockers instead preferred to invest time and energy in finding other solutions.

One of the small blockers’ suggestions was a SEGWIT designed to reduce every transaction to around a quarter of its original size allowing four times as many transactions to be packed into the original 1MB blocks usually around every 10 minutes.

HOW WAS BITCOIN CASH BORN?

Another suggestion from the small blockers was the implementation of a lightning network lightning networkActs as a second layer on top of the Bitcoin network for trading, with a separate set of protocols dictating how transactions are processed. The network allows smaller transactions to be processed off the blockchain between two parties using a lump deposit paid equally between the parties. , which allows instant and free transactions of Bitcoins.

The lightning network acts as a second layer on top of the Bitcoin network with a separate set of protocols dictating how transactions are processed.

Any of these changes, or soft fork adjustments, need a consensus agreement from Bitcoin’s users for the cryptocurrency to continue functioning with an altered blockchain.
But the disagreements between the small blockers and the part of the community backing Ver’s block size alteration proved too great, with supporters from both sides adopting their preferred Bitcoin alterations.
SEGWIT was introduced to the original Bitcoin protocol by the small blockers, while other users followed the fork utilising the newly split blockchain allowing for 8MB block, and the birth of Bitcoin Cash.

Despite further development and a slow divergence in purpose and functionality, Bitcoin Cash and Bitcoin still share the same core DNA.
Bitcoin Cash has continued down its path in focussing on block size to maximise performance, going on to expand its capacity from 8MB to 32MB.
This was until Bitcoin Cash experienced its first hard fork, dividing users in disagreement over the method and splitting Bitcoin Cash in two.
What eventually became known as Bitcoin ABC is the original Bitcoin Cash blockchain, which allowed a protocol adjustment to allow a similar concept to smart contracts.
The fork is Bitcoin Sitoshi’s Vision, or Bitcoin SV Bitcoin SVThe cryptocurrency born following its hard fork split from the original Bitcoin Cash blockchain., which incorporated users’ content with continuing the cryptocurrency’s block size expansion and adjusted block size to 128MB. 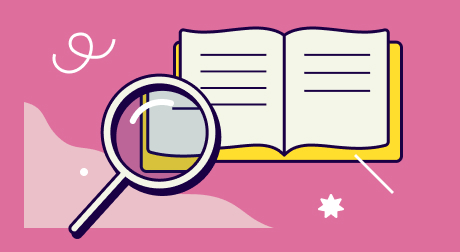 Bitcoin ABCStill generally referred to as Bitcoin Cash, it is the new name of the Bitcoin Cash cryptocurrency following its hard fork split.

What is Bitcoin Cash?

Bitcoin Cash is the most prominent hard fork deviation from the original Bitcoin cryptocurrency programmed to amend what was considered by some as one of Bitcoin’s most major flaws.

How is Bitcoin Cash different from Bitcoin?

Bitcoin’s miners can only fill each block with just under 3000 transactions over the course of 10 minutes before the block is filled with enough data to be completed. Bitcoin Cash reduces waiting times by changing the Bitcoin protocol to allow for much larger 8MB blocks allowing its P2P payment system to be capable of servicing its fast-growing user base.

GO TO NEXT STEP