The world of crypto can be a little out there… and ok, at times it can be more than a little out there, it can be crazy. Since the advent of Bitcoin circa 2008, a sprawling community has grown with people from all walks of life. The community trades, innovates and is primarily populated by outsiders who have anti-establishment leanings.

Barriers to entry are low. If you have the technical know-how, drive and an idea, you can tokenise almost anything. So with the internet radically freeing the flow of information, the type of projects this diverse community has produced are  hugely varied.

Some have massive value, others are entirely a joke, some are just plain crazy.

The one thing they have in common however, are their crypto roots -. They are conceptually related to one of the most important technical innovations of the last twenty years, so even if their interpretation is unusual they are all part of the rich digital tapestry that is crypto.

Let’s zoom in to some of crypto’s craziest coins to see for ourselves. .

What better place to start than with Dogecoin? A coin founded way back in 2013 by Billy Markus inspired by this lovely meme of a Shiba Inu..

It was created as a tongue-in-cheek, more accessible version of Bitcoin, but despite its comic origins - including a random mining reward that was quickly dropped - it has endured and is actively used.

Nevertheless, Dogecoin is primarily a meme-coin, and its value and volatility derive simply from that status.

This status was given a huge boost by the support ofElon Musk early this year, which saw a huge spike in value. Ironically Markus posted on Reddit that he sold or gave away his original stake and used the proceeds to buy a humble Honda Civic - used. 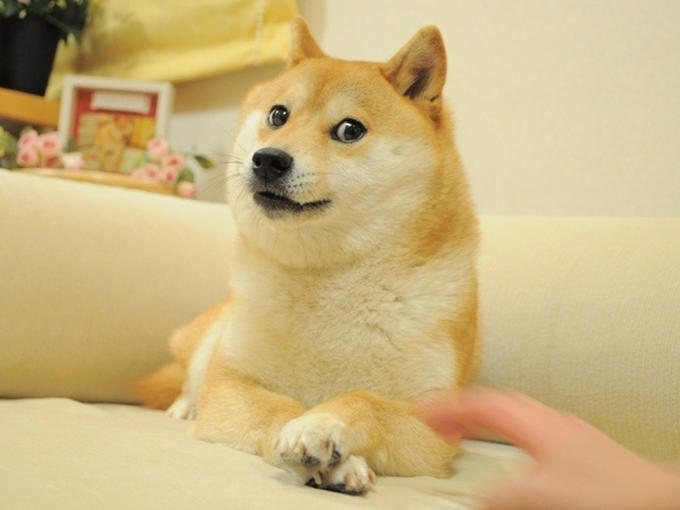 Dogecoin  also benefited from support fromReddit day traders - WallStreetBets. A perfect fit for their Yolo (You Only Live Once) mantra and meme focus, Dogecoin had a very turbulent few weeks and that is likely to continue, so trade it at your own risk and listen to what Markus feels the coin should embody:

“People are talking about Dogecoin going to $1 - that would make the ‘market cap’ larger than actual companies that provide services to millions, such as Boeing, Starbucks, American Express, IBM. Does Dogecoin deserve that? That is not something I can comprehend, let alone answer.”

Of course, Trump had to have a coin. Self-described as: “A digital cryptocurrency supporting Patriots around the world.”

The coin was started just a month into the 45th President’s term and has seen significant drops in price since Trump lost the election and Biden took up the oval office. 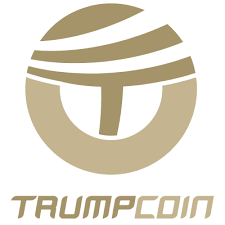 The idea behind this coin is that it can serve as a crypto fundraising coin for patriotic politicians though that has failed to materialise in any serious way.

Another politician with a coin is Vladimir Putin.

Like Trumpcoin, Putincoin was “invented to pay tribute to the people and president of one of the largest and greatest countries in the world: Russia”. Considering Russia has attempted to ban cryptocurrencies, maybe this tribute isn’t exactly fitting?

Putincoin was invented to pay tribute to the people and president of one of the largest and greatest countries in the world: Russia” 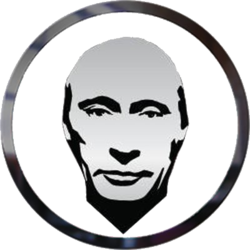 Now if you’ve had enough of politicians, what about coins dedicated to global rap stars? Enter Coinye, the cryptocurrency invented back in 2014 dedicated to Kanye West that was promptly sued out of existence.

Unfortunately for the team behind Coinye, Kanye wasn’t pleased with being their representative and so had his lawyers sue the creators for trademark infringement.

Most of the team, some of them teenagers, never responded to the lawsuit and the project was simply disbanded - fun whilst it lasted though hey? 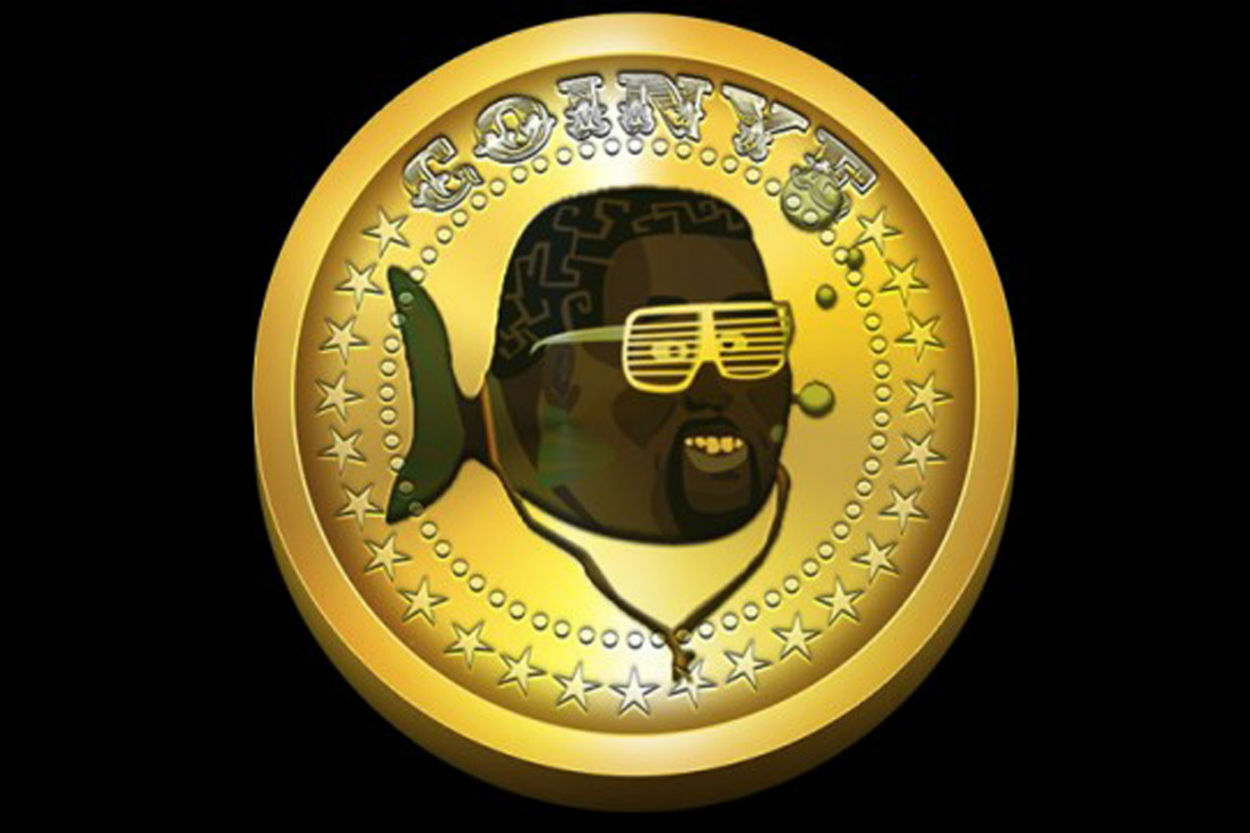 So we’ve covered the coins dedicated to famous people, what about coins inspired by things people love? Introducing Potcoin 😉 PotCoin is an ultra-secure digital cryptocurrency solution for the $250 billion global cannabis industry. This coin allows users to buy and sell cannabis anonymously.

It remains a small altcoin, with a market capitalisation of about $3 million as of January 2021. The coin faces competition from other marijuana-centric cryptocurrencies such as DopeCoin and CannabisCoin and the continued difficulty of operating with a product that remains illegal at the federal level.

We’ve got the celebrities and the drugs covered, now we need some music. The Cypherfunks are an online crypto music community, and their coin offers a way for fans to fund the project. Cypherfunk coins act like shares in the band/musical project which saw a flurry of activity back in 2016 but has since become inactive. Could this model be applied in the future as artists seek closer relationships with their audiences without middlemen?

Inspired by the absurdly named element from the movie avatar, ‘Unobtanium’ is a cryptocurrency designed to be the platinum to Bitcoin’s gold.

It’s much rarer than Bitcoin with only 250,000 Uno to be mined over 30 years. Due to its scarcity, Unobtanium remains a highly collectable coin and whilst it isn’t immune from short-term volatility, it has held long term stable value remarkably well.

The total supply of Unobtanium, the Avatar inspired cryptocurrency

Now all of these coins we have talked about so far have been a bit out there, and perhaps of limited use. What about the crazy projects that are aiming to have a real impact. Enter UMA and Synthetic tokens. UMA is a DeFi project giving developers the tools to build synthetic assets tied to any price index.

In theory, this means that tokens can be created that are tied to anything with a trackable index that you can imagine. Some interesting ideas have included Poop token, tokens that track download rates of a particular app or the success of trade ideas posted on r/WallStreetBets. This is an excellent example of the innovation currently happening in DeFi and how the sky really is the limit.

Welcome to the strange world of crypto

Overall then, it’s clear that crypto has some crazy coins. From the coins inspired by celebrities, politicians and memes to the coins dedicated to internet music projects and fictional elements, there’s a coin for everyone in crypto.

Whilst, not all of them are necessarily useful, they are representative of a growing, diverse and engaged community seeking to innovate and have fun. And some of the best ideas start as an experiment.

Investing a small amount in a project purely based on you interests rather than a technical evaluation can be one of the best ways to start to understand crypto. By no means financial advice, this is more like an invitation to the world of crypto. Yes, it’s a bit strange but aren’t all the best communities?

Understanding the concept of crypto custody